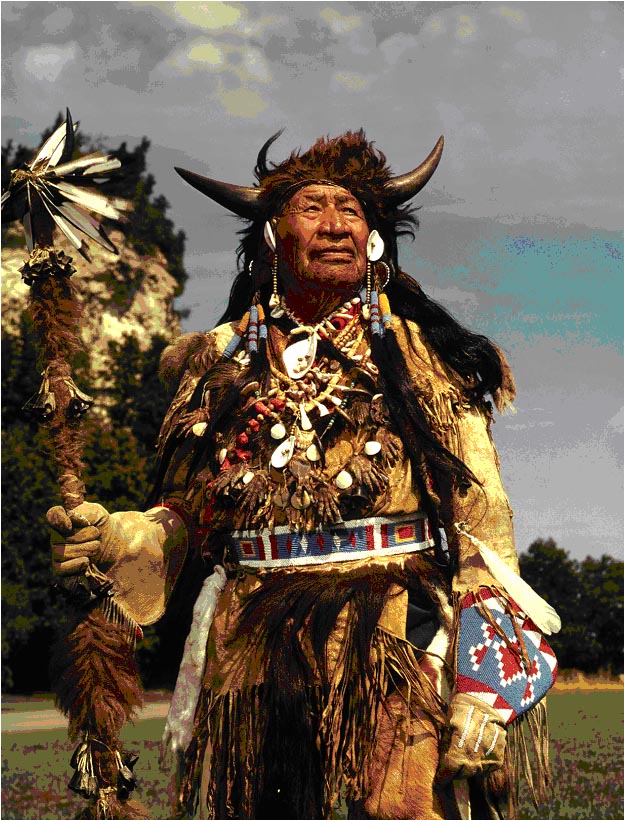 “To the missionary who adopted him, he was George McLean; in Stoney language, he was known as Tatanga Mani; to the world he was Walking Buffalo.” (Whyte Museum Blogspot 2011)

Tatanga Mani was born on March 20th 1871. His mother died shortly after his birth, and he was raised by his grandmothers. At the age of eight he was adopted by Reverend John McLean and given the name George McLean. Educated at the McDougall Orphanage School at Morley, the Red Deer Residential Indian Industrial School and St John’s School in Winnipeg, he worked briefly off the reserve as a blacksmith, a scout for the NWMP, and as an interpreter.

However his uncle, Chief Jacob Bearspaw insisted he return to the reserve and use his education to help as an adviser and interpreter. He was councillor for the Bearspaw Band of the Stoney Indians 1907-12 and chief 1912-16. Walking Buffalo also continued to be a leader in the Morley United Church. He always wore a buffalo head and horns in the Banff Indian Days parade and the Calgary Stampede and told to his death the powerful story of a buffalo that came to him in his dreams.

Walking Buffalo was at Blackfoot Crossing with his family for the signing of Treaty 7 when he was six years old. He later learned about its significance from Chief Bearspaw, who was one of the Stoney signers, and from his own experience as a leader. With that background it was quite natural for him to become an active member of the Indian Association of Alberta whose major purpose was to maintain Indian treaty rights.

In 1958 at the age of 87, Walking Buffalo did not feel he was too old to take on a whole new purpose for his life. He decided to work for change in the world through a change in people and started with the change needed in his own life. Letting go of his underlying hate and bitterness toward white people was the first step and it freed him to move forward to fulfill that new purpose. Describing the experience he said “As an Indian, I might have had great reason for hatred, but now I know that even I can forgive those who have wronged me.”

Walking Buffalo saw his role as helping the people and leaders, both indigenous and non-indigenous, to act to respect and protect Mother Earth for the benefit of future generations. With passion, humour, and stories he shared his knowledge and understanding of the traditional values of his people. In November, 1959 he had an opportunity to do this on a much broader scale when he began a world mission sponsored by International Moral Re-Armament (now Initiatives of Change) founded by Frank Buchman who Walking Buffalo and the Stoneys had made a blood brother in 1934. Over a 7 month period, ending in June 1960 he traveled 62,000 miles to 18 countries in Europe, Australasia, and Africa.

Beginning in Europe Chief Walking Buffalo travelled through 13 countries in eleven weeks. In Germany he met Chancellor Adenauer and was presented to the Federal German Parliament and in Cyprus was called the “Ambassador of Peace” meeting both Greek and Turkish leaders. In Scandinavia he was welcomed by the Sami people 100 miles north of the Arctic Circle. It is estimated he reached 100 million Europeans through press, radio and television.

For his journey to New Zealand, Australia and Africa, two other Stoneys and five from the Tsuut’ina nation including Chief David Crowchild and his wife Daisy, joined Chief Walking Buffalo. Before departing they were given an official send-off in the Alberta legislature by Premier Manning and Lt Governor Percy Page. Arriving in Auckland, New Zealand, the Canadian party was received by the mayor and councillors before departing to meet the king of the Maori people in his palace in Rotorua and attend as honoured guests a conference of the Confederacy of Maori Chiefs representing 153,000 Maoris.

In Australia they were given official welcomes by the Acting Prime Minister in the capital, Canberra and the Governor of West Australia in Perth. The Aborigines paid full ceremonial honour to them in talks and celebrations lasting three days. An Aborigine paying tribute to their visit said, “We are grateful the Indians showed us the futility of bitterness and hate, and how to work in unity with white people for a God-led country.” The media gave them wide coverage in all the major cities. In Melbourne the Executive of the Australia Waterside Workers gave a reception.

In South Africa the Mayor of Johannesburg honoured the group with a civic reception attended by city councillors, members of the diplomatic corps, and prominent South African citizens black and white. “Die Vaterland”, a leading Afrikaans daily, commented “Here is a man without bitterness or hatred. He has a message for the world.” A black South African leader in evaluating their impact said “The visit of Chief Walking Buffalo and his party has been a shaft of light reaching out across this country.” Before returning to Canada they also spent time in Zimbabwe then known as Southern Rhodesia, the Central African Federation, Uganda, Kenya and Switzerland. On their arrival back in Canada they reported to Prime Minister Diefenbaker and leader of the Opposition, Lester Pearson.

During 1961 in his 90th year Walking Buffalo took part in campaigns in Brazil, Japan and various parts of the U.S. and Canada.

Speaking to his grandchildren at a family gathering Walking Buffalo shared the following thoughts to help them on their life journeys.

“These mountains and foothills have been the home of our people the Rocky Mountain Sioux for hundreds of years. You young people are growing up in a different world from the one I was born into over 90 years ago. You are going to have to take the best of the old ways and the best of the new ways.

I was raised by my grandmothers and they told me all the stories of our people which had been passed on to them. In those days there were no horses or ammunition for hunting the buffalo, moose, elk, beaver and muskrat which provided our food and clothing. My grandmothers also taught me about the Great Spirit. Today men forget about God and think they are running the whole world. We have got into the darkness and cannot see each other and bang our heads together and get a pained headache. We need a light. The whole world of mankind needs to change themselves and live God’s ways of life. No more hatred, no more encroaching and no more ignoring of each other.” (From notes taken by Jack Freebury who was present at the family gathering)

Living at a critical time in Western Canada, Chief Walking Buffalo witnessed the disappearance of the bison, the building of the CPR and the evolution of tribal lands into provinces. As Grant MacEwan wrote, “a lifetime spent communing with all living things truly blessed Tatanga Mani with gifts of understanding and deep personal strength. Whether spoken in tipi or temple, his message of love and respect for fundamental human dignity would never dim.”

Lots of people hardly even feel real soil under their feet, see plants grow except in flower pots, or get far enough beyond the street lights to catch the enchantment of a night sky studded with stars. When people live far from scenes of the Great Spirit’s making, it’s easy for them to forget his laws. – Walking Buffalo, 1958

The forest is mankind, and the hill is the world… Trees of different names stand side by side. The trees fall and die and help the young grow. Even the crooked sticks help to build the world. And all the nations have to build that forest. -Chief Walking Buffalo 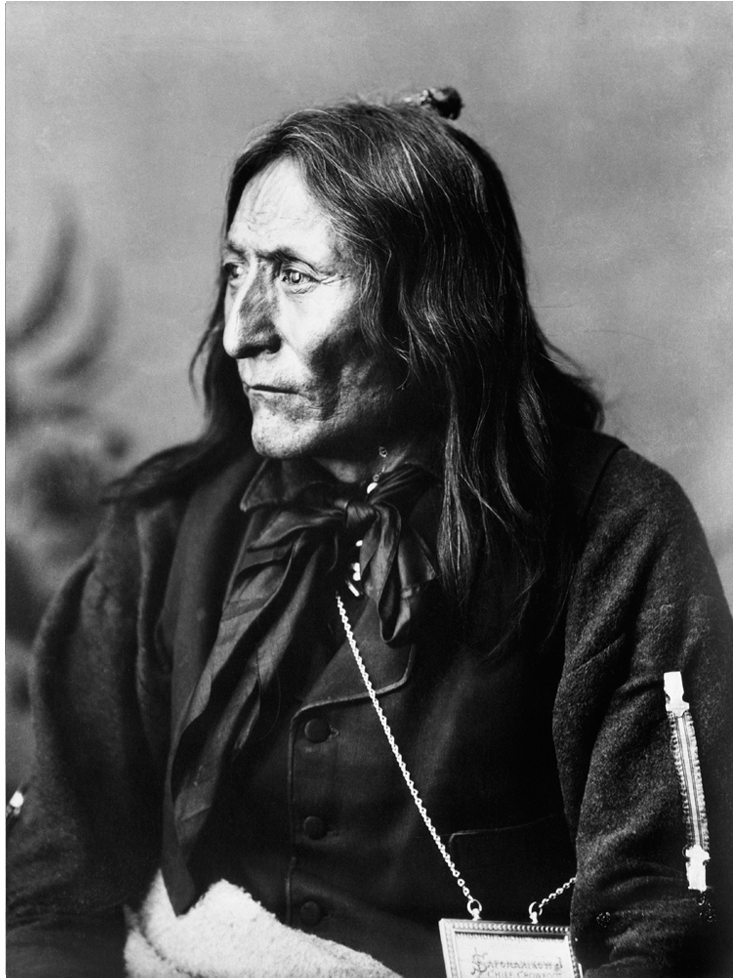 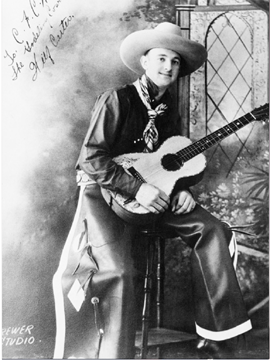 Wilfred Arthur Charles "Wilf" Carter was born in Port Hilford, Nova Scotia in 1904, one of nine children. After seeing… 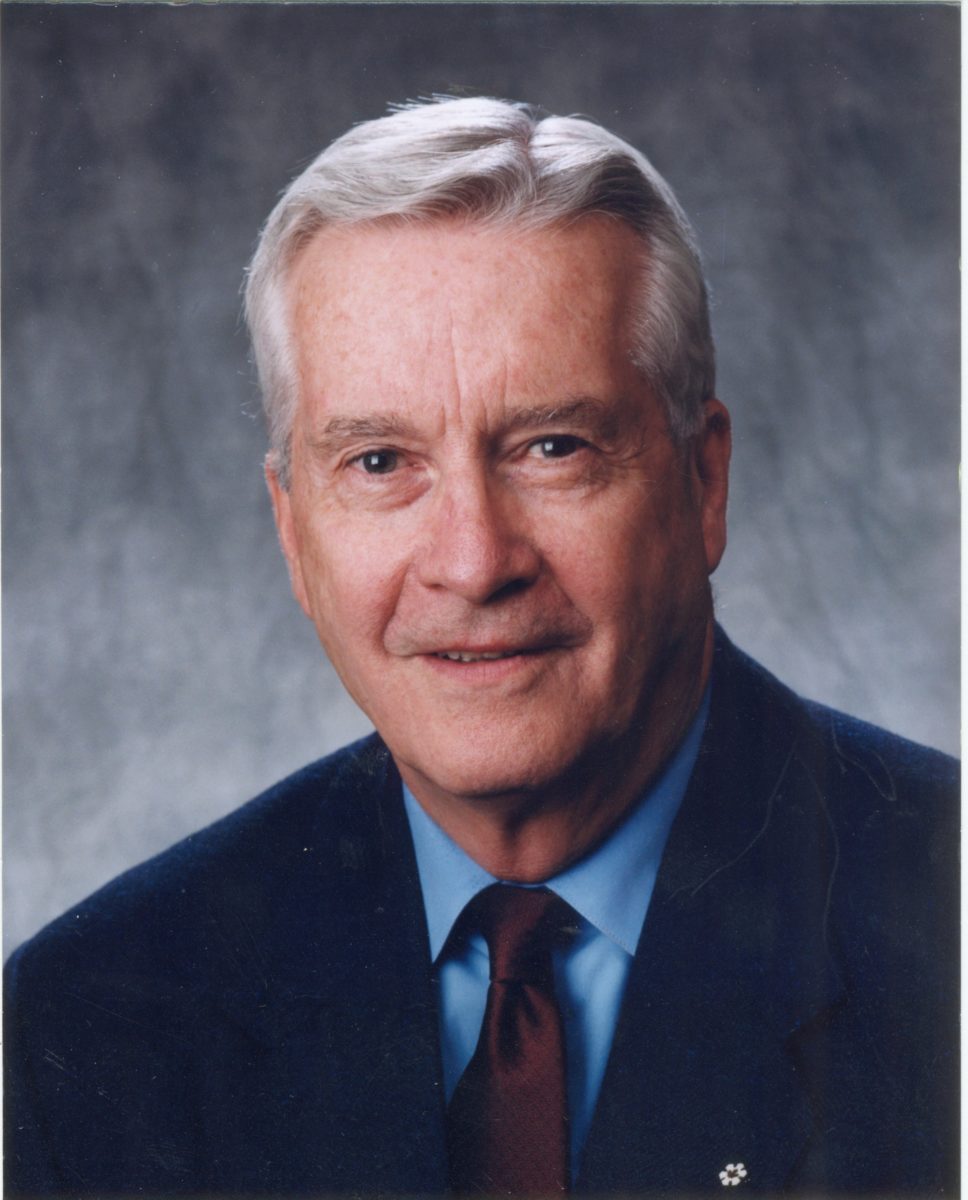 Harley Hotchkiss was born in Tillsonburg, Ontario in 1927. A graduate of Michigan State University in 1951 and a geologist…