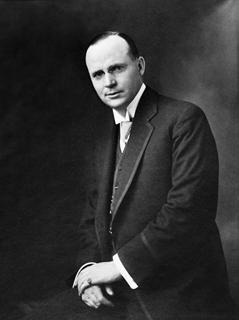 Drive and determination are just two of the words used to describe the first Canadian Prime Minister from Alberta. At a young age, Bennett created lofty goals for himself: to be a successful lawyer, a millionaire, and a Prime Minister. The road to achieving these goals wasn’t always a smooth one, but he inspired others by meeting them.

His first position was as a teacher at the age of 16. By the age of 18, he was a school principal, and looking for even greater challenges. He worked at a law firm in his spare time until he was able to attend Dalhousie University’s law school. He was very studious, and was the student that the dean recommended to a prestigious law office in Calgary.

Bennett’s first foray into politics was getting elected as alderman in Chatham, Nova Scotia. In 1897, he moved to Calgary to practice law and later became a partner in Senator James Lougheed’s law firm. He also built successful businesses in both ranching and oil.

It was in the new West that his interest in politics flourished. He was first elected into the Legislative Assembly of the NWT in 1898, remaining in that position until the formation of Alberta in 1905. During this time he gained a reputation for having strong convictions, and being an excellent debater.

In 1909, Bennett was elected to the Alberta legislature, and in 1911 he transitioned into federal politics, representing the Conservatives in the House of Commons. He served as the Minister of Justice, then later as the Minister of Finance, and finally in 1927, Bennett became the leader of the Conservative Party. His strong leadership qualities helped his party to victory in 1930, when he became Canada’s eleventh Prime Minister and the first Prime Minister from Alberta. Bennett was instrumental in launching the early versions of the Canada Pension Act and the Unemployment Insurance Act.

This was a challenging time to lead the country, as many people were feeling the effects of the Great Depression, and they blamed the government. As the drought worsened and unemployment rose, Bennett’s government introduced the New Deal of 1935, focusing on social and economic changes. Some of the institutions they created like the Bank of Canada, the Canadian Wheat Board, and the Canadian Broadcasting Corporation, remain in place to this day. However, the Canadian public felt the changes were too little, too late, and they decided to remove the Conservative government from power.

Defeated, and facing serious health problems, Bennett remained as the Leader of the Opposition for the next three years. Shortly after, Bennett retired to England, where he became involved in the Red Cross and the Ministry of Supply. As a reward for his hard work, Winston Churchill gave him a seat in the British House of Lords, and the title of Viscount Bennett of Mickleham, Calgary, and Hopewell.

Bennett achieved his early goals of becoming a wealthy man, a lawyer and the Prime Minister, but he was also nurtured his goal of giving all he could to help the needy. During the Great Depression, Bennett donated thousands of dollars to the poor and he continued to support the community generously throughout his later years.

Bennett is remembered for leading Canada through the hardest years of the depression with courage and determination. He put in place institutions and social policies that Canadians still have and cherish today.