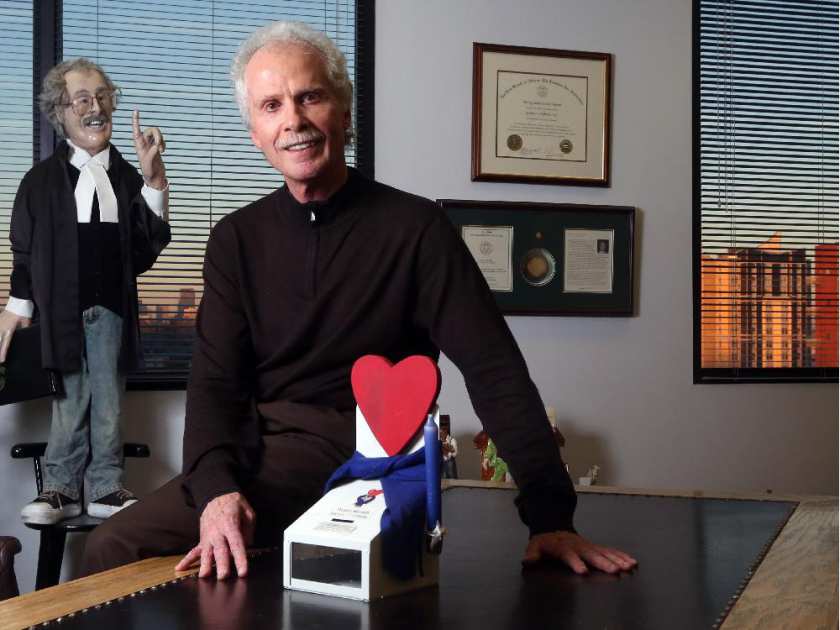 The reason Gordon Hoffman spends a good part of his busy days helping others is simple.

“I find the results very enjoyable, very worthwhile and very fulfilling,” Hoffman, a partner with Hoffman Dorchik LLP, explained. “It feels good at the end of the day when you do something like that and you accomplish something. We’re blessed if we’re able to help other people who aren’t as fortunate. That’s what we’re here for.”

Hoffman, who in 2011 was recognized as the City of Calgary Citizen of the Year, is a mainstay behind three local charities: Project Warmth, Alberta Champions and Operation Kickstart and each holds a particular place in his heart. Through Project Warmth — and for the 13th year — 450 disadvantaged children from across the city were bused to Theatre Calgary in November, where they took in a production of Christmas Carol.

“I really like Project Warmth,” Hoffman related. “A lot of the kids and their parents haven’t seen live theatre before so they come and their eyes are so wide open and they have so much fun.

“They were so exuberant, they were all so happy and they were stuffing candy and sandwiches in their back pocket. I get letters afterward saying ‘it’s the best day of my life’. It doesn’t get any better than that.”

Hoffman was born in Edmonton and moved to Calgary at age six. After getting his law degree from the University of Alberta, he returned to Calgary and admits he now spends between 40-50 per cent of his day on charitable efforts. Operation Kickstart is one of those.

The Alberta Champions Society is an initiative which honours prominent Albertans. Early in the spring, statues of six honourees will be unveiled at the Field of Fame at McDougall Centre.

“When you bring their families, children and grandchildren and you express appreciation for what they did and how we’re all benefiting, they’re all so proud,” he said. “That drives me to do all of these things.”